I’m not sure if it’s the soul-sucking effect of uni, but lately I’ve been feeling the urge to make something. Anything. I used to draw all the time and would usually be dubbed ‘most creative’ by my peers, but I could hardly live up to that name anymore! Anyway, a combination of itchy fingers and pining for these Anthropologie monogram mugs made me want to try making the infamous Sharpie mug I see so much on Pinterest. I just have an innate need for things with my initial printed on them, okay? 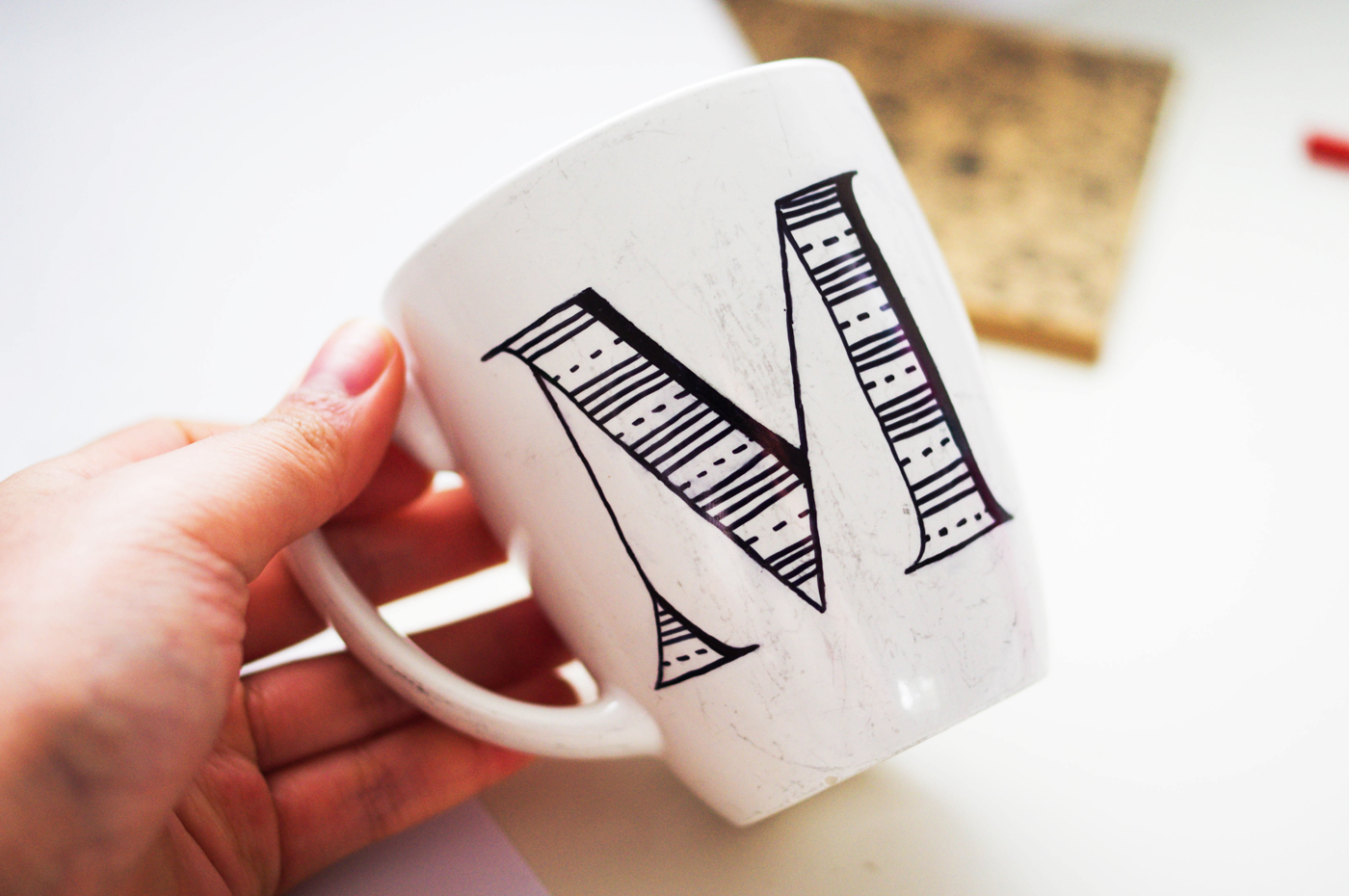 The mugs I got were from a White Elephant stall, and at $2 for a box of stuff they basically cost next to nothing! As you can see they’re not in the best condition, but I kind of like the marble effect they have going on. If anything, I think cheap mugs will work better in terms of the ink adhering to the glaze. I used oil-based permanent markers (mine are from Daiso) because I heard they’d last longer, but I guess only time will tell.

The font I used is Roman Print and happens to be the same one used on the Anthropologie mugs (downloaded from here)! It takes a bit of guesswork to get the right sized letter, so I printed out two just in case…

Here’s a trick I learnt way back when I was in primary school! To trace the letter, shade the back of the printout with lead pencil, tape it to the mug’s surface then go over the printed lines. A faint outline should be left behind, just be careful not to smudge it with your hand.

This is the bit that requires the concentration of gods. Ever so carefully trace the outline with your pen, and take your time with it! If you slip up don’t panic, just get a cotton bud and remove the offending mark with nail polish remover. Do it as soon as possible before the ink gets a chance to dry though, otherwise you risk being left with a greyish cast.

Once you’re finished bake your mug at 180°C (160°C fan-forced) for 30 minutes, leave it in the oven to cool before you touch it then voila! I found this project takes a lot of experimentation and I’m a bit scared that the dishwasher will erase all my hard work, so hand wash only it is for now. Or I could never clean it and make it a glorified pencil holder, either’s fine. Have you been DIYing anything lately? I’m already thinking of a pattern to draw on my second mug!

around the world blog hop