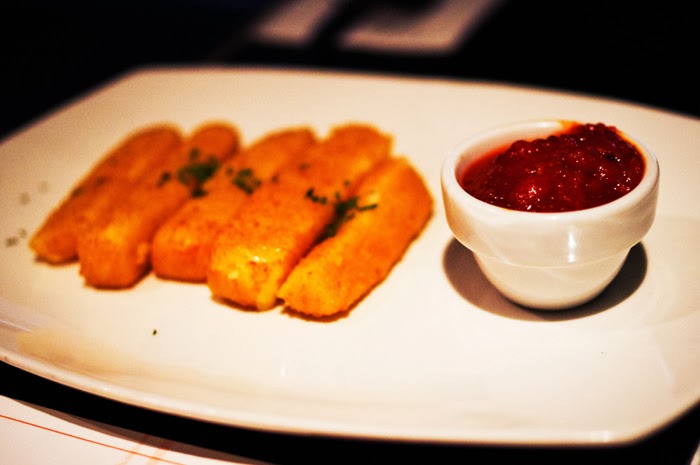 Our starter of mozzarella sticks with napoletana sauce

As I’ve gradually eased into the grind of studying again, I’ve been finding it harder and harder to keep up with old friends lately. It seems like everyone (myself included) is just so busy, and I’m really not used to making an effort to see people (I swear I’m not completely antisocial, though)! Anyway, that’s why last week I was pretty excited to meet up for a friend’s 18th at Mamma’s Pizza & Pasta bar. Admittedly I’ve never really eaten out for Italian food at a proper restaurant, which is pretty shocking considering it’s one of my favourites. We started off with some mozzarella sticks and dipping sauce, and what can I say? It’d be hard to say no to anything that’s this cheesy and indulgent…

I stole a bite of my friend’s lasagna sauce, and wow. It tasted so fresh and tomato-like, for lack of a better word! My chicken penne pasta was pretty delicious too, not overwhelmingly gluggy or sickening like some cream sauces I’ve had in the past. Plus, the pasta itself had a really nice bite to it. Much more than I can say about any pasta that I’ve bought from the supermarket and cooked up at home…

Wild berry cheesecake and chocolate mousse
Most of the dinner party stopped there, but our side of the table couldn’t leave without sampling dessert. A surprising number of people I know aren’t keen on chocolate, but personally? I could eat it all day if it weren’t for my stupid conscience! Whipped cream isn’t something I’m usually keen on, but that mousse was so darn good. It was just how it should be – packed with chocolatey flavour, but still light and airy at the same time.
Anyway, that’s all for now. Once again I’m procrastinating from an essay that I barely know how to write, so I guess I’ll be needing as much luck as possible to get me through this torture… that being said, thanks for reading and I’ll see you again soon!

walk in the park