The title of this post is a bit misleading, considering I’ve been doing anything but dancing through life recently! In a nutshell, I’ve started uni and so far I’ve been bombarded with endless readings… I’ve also become a little obsessed with the Wicked soundtrack even though I’ve never seen the musical (and probably won’t for a long time coming). Anyway, on the weekend I had yum cha with my extended family and honestly? The food wasn’t that great and pretty expensive to top it all off… still, meeting up with cousins is always a good time so I enjoyed myself! 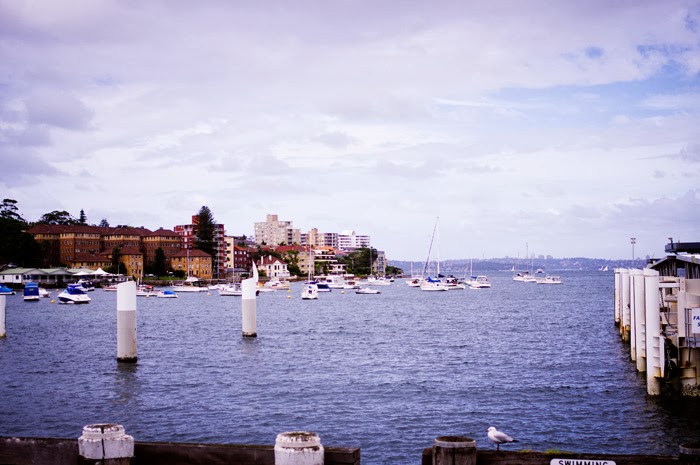 My baby cousin! Now that I think about it she’s gotten really big… as in, I think the last time I saw her was when she was a newborn, wow.

It’s a bit random, but don’t those light fixtures remind you of cupcake cases?! The moment I realised I just couldn’t get it out of my mind.

One of those lookout devices! I wanted to try it so badly but at the grand price of $2, it just wasn’t going to happen…

Afterwards we went to a place at North Head sanctuary, which was actually so nice! There’s a lookout that you can park in front of and… look out at the harbour. I imagine it’d be so beautiful to visit and watch the sunrise or something…

My shoes against the freakishly bright grass. Anyway, that’s pretty much my weekend. They’ve become less and less interesting as I’ve discovered that uni life is expensive and I need to count my pennies from now on… how I miss school and the days of free public transport! Hopefully you guys are having a good week, and I’ll be seeing you again soon.