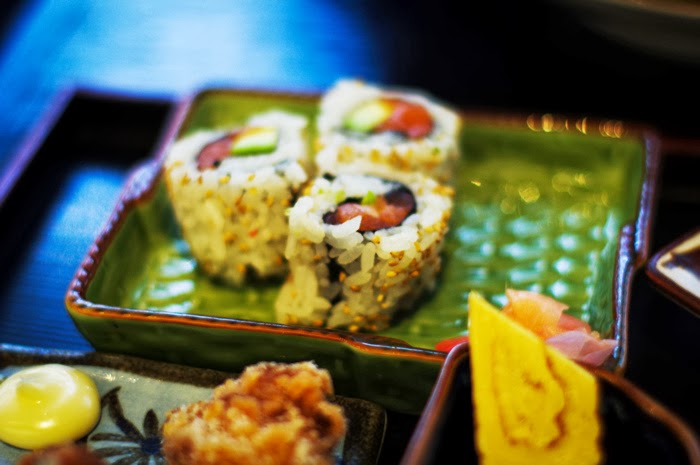 Forgotten about me yet? Well, having just finished trials this week I’m slowly emerging from exam mode, only to realise that I’ll have to buckle down again in a matter of weeks anyway. But that aside, I’m temporarily free! If you think something’s different here your eyes aren’t deceiving you, I changed the size of my blog photos (and I think it’s about time I did, too). Anyway, yesterday was spent shopping with the mothership to find a formal dress, which I did thankfully. More often than not formal shopping is something that conjures up up painful past experiences for me… but yes, we ate at a place literally called Sushi Roll in World Square. So nice! Though it’s advised not to eat a whole set if you’re going to be trying on dresses later (like I did… ahem).

Also, some new and old things of late. I think I’m getting to the stage where I really need to lay off the Lush products… nonetheless, thanks to my friends for the belated birthday present! I’m refraining from opening Dragon’s Egg though, fearing that it’ll crumble and leave remnants all over my floor… plus I really don’t think I’m deserving of a nice relaxing bath yet, which is really sad. Anyhow, hope everyone’s having a fine weekend thus far, and talk to you soon!